Last night marked night one of the first Democratic presidential debate of the 2020 election cycle. Ten candidates—selected at random from the historically large field—took the stage in Miami to share their visions for health care, foreign policy, immigration, environmental policy, and more. Didn’t get a chance to watch live? Read on for our recap and top takeaways.

Night two of the first debate airs live tonight at 9:00 pm EST on NBC, and will include several of the race’s current frontrunners, including Vice President Joe Biden, Senator Bernie Sanders, and Senator Kamala Harris. Tune in and don’t forget to join us on Facebook to share your reactions in real time! 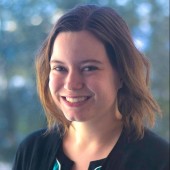 Elizabeth spends her days working in the marketing department of a sustainability-focused nonprofit. Outside of work, she is a dessert lover, bookworm, sometimes yogi, and recovering coffee addict. Currently, Elizabeth is a member of the Emerge Wisconsin class of 2019. Most importantly, she is a mom to a sweet and stubborn two-year-old daughter. Elizabeth was born and raised in Madison, Wisconsin, where she still lives happily, despite all the snow.

Prematurity Awareness – Our Journey and Loss