When we received the phone call on April 25th that Boston had been born – I was terrified for them. He was six weeks early, and I prayed that he was okay.

Boston spent one week in the Neonatal Intensive Care Unit (NICU) – and this was my first glimpse at what life was like trying to balance a baby in the hospital, a husband with a demanding work schedule, a healing mama, and another little girl at home. And when Tiny wound up in the NICU, Jes was a great support. She gave me lots of ideas and information to make our stay and our medical journey easier.

After Boston was born, their lives were crazy, but Jes handled it so well.

Over the next few weeks they began to learn why Boston came so early. I don’t remember all of the exact details, and I don’t want to do them the injustice of messing it up, but I do recall that there had been an oxygen obstruction, and the doctors thought he may have suffered some brain damage. As time went on and tests were conducted, they began to talk about Cerebral Palsy (CP). The doctors gave them the worst case scenario – Boston may never sit up on his own, walk, feed himself, talk, and so forth.

Needless to say, the family was devastated. And scared. All the unknowns… all the shattered dreams.

But Jes is like no other woman I’ve ever met. Determined is too weak of a word to describe what she is. There was no other woman better suited to be Boston’s mom. She would make sure he reached his full potential.

From the start she began to research and look in to CP, outlooks, life, physical training, etc. She decided that statistics and doctors were not going to determine what Boston’s life would be like, but rather, they would never lower their expectations. Boston would sit up, roll over, crawl, feed himself, talk, and walk.

And he has done all of those things.

He is an amazing little dude. His life has not been easy. Nor has it been for his parents. They have spent hours in physical therapy, they have had surgeries and gone to their fullest extent to make sure he has the best of equipment and teachers and opportunities. It has been amazing to watch him learn and grow.

And he does not know that he is not supposed to do everything like everyone else. Because his parents have never introduced that way of thinking to him. He is Boston Strong. 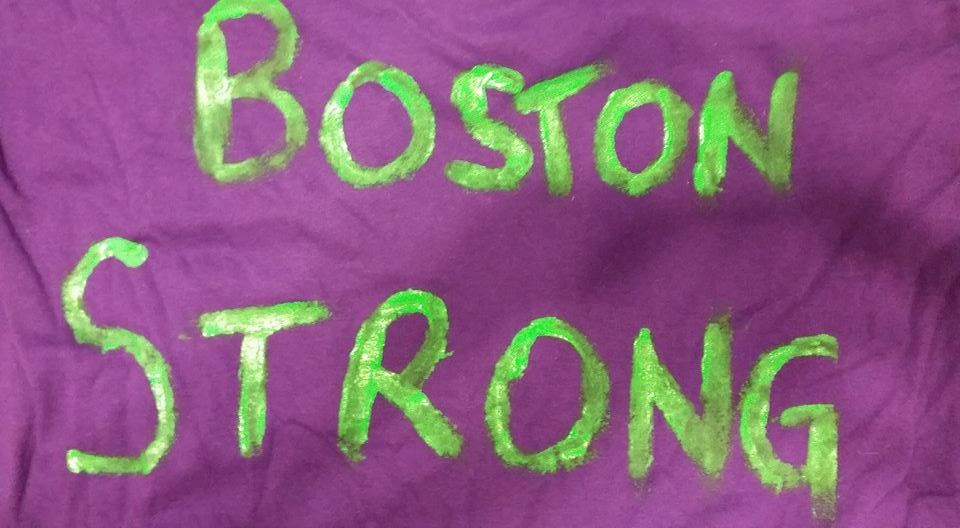 I’m talking about Boston today because he is about to undergo a very serious surgery. It’s called a Selective Dorsal Rhizotomy and it’s no joke. One of the issues children with cerebral palsy face is spastic muscles. Their muscles do not bend and move with the same agility as other peoples. SDR involves sectioning (cutting) of some of the sensory nerve fibers that come from the muscles and enter the spinal cord. It’s a long, difficult surgery, and Boston will be in the hospital and rehab for 2-3 weeks. Including over Christmas. When the surgery is over, Boston is going to have to relearn all of his muscle movements and strength.

But if anyone can handle it, it’s my sister Jes. I have learned so much from Jes. About being a mom, and about being a Boston Strong mom.

1. When I think my life is tough, I need to think about what other moms are facing.

Jes is a teacher and works full time. Her husband works shift work and doesn’t always have flexibility in getting time off. When he is working 12 hour shifts, she is basically a single mom. But that hasn’t stopped her from continuing Boston’s therapies,  and having her kids participate in activities such as gymnastics. Yes, Boston is a gymnast. When I am exhausted at the end of the day, I often think about the fact that when Jes comes home from work she has therapies and appointments and consultations and so forth. And she does it. Like a CHAMP.

2. A Mother is Her Child’s Best Advocate

Over the past few years I have seen Jes never, ever take “no” for an answer. Her child should have as normal of a life as possible, and she’s moved mountains to ensure he gets that life. I’ve watched her maneuver through the health care system with its often confusing and frustrating policies, seek out the best educational avenues for Boston, and advocate for equipment and health coverage for things that insurance wasn’t going to cover. No isn’t an option with Jes. She finds a way. And her son has benefited tremendously. The easy way would have been to just give in and give up. But not Jes. She is my hero.

3. Never let someone tell you your child can’t do something

Our children only know what “normal” is by what we teach them. Jes taught me that. Boston will never have the attitude that he CANNOT do something. That’s not in their vocabulary. He has no reason to believe that he won’t walk or do extra curricular activities. Boston doesn’t KNOW that the rest of the world has their opinions on what he can and can’t do. Because his mother has never let that attitude invade their lives. They have a different normal, but you’re never going to tell them he can’t do something. Jes finds a way. Always.

4. Having a Special Needs child does not mean life is any less adventuresome, even if it’s different than the way you planned.

We all have hopes and dreams of what life will look like. When they found out Boston was a boy, their plans included hockey games and tournaments and weekends golfing, and so forth. And although their reality looks different than what they had envisioned, they still have FUN. And they go places and do things and have found other activities that are fun and Boston can participate in. Sometimes you have to just roll with it.

I was timid about asking about Boston, his prognosis, his life, and so forth. I didn’t want to upset Jes. But I’ve found that she would rather we ask her questions and learn about what makes Boston “Boston” than awkwardly avoid the conversation. But I started to ask because I want to know and I want to be a part of Boston’s life. I asked Jes if she was okay with me writing about this topic and she encouraged me to share away. “We spread the word because we think education is the key to preventing ignorance.” Jes says so.

6. Heed the requests of moms with children who have Special Healthcare Needs.

Whether it is cerebral palsy, autism, celiac, asthma, food allergies, and so forth, unless you have a child with that condition, you are not the expert. However, I bet that mom is. And she has a reason for making certain requests. I guarantee it is not to make your life more difficult or less enjoyable. I guarantee it is not an unreasonable request. I guarantee it IS in the best interest of her child. She should not have to explain that to you. But if you ask her about it, I bet she would probably love to tell you more and give you some insight.  Our children are our most beloved and treasured “assets” if you will. And most moms are just trying to keep them safe and do what is best.

Now, these are the lessons I have learned from one particular – and most awesome – mother. They may not pertain to every mother in a similar situation.

I love you Jes. Thanks for making me a better person.