I Woke Up And Could Not Feel My Legs – Transverse Myelitis

One morning, almost 15 years ago now, I woke up and could not feel my legs.

They were completely numb; a bit like the pins and needles feeling you experience when your leg “falls asleep.” But this was worse.

Also, my legs didn’t “wake up.” I remember telling my husband that my legs were both “asleep” as I tried to stomp on them and punch myself in the thighs to awaken my senses.   It felt very funny to walk. I worried about the fact that my legs were not responding.

When I asked my doctor what was wrong he looked up at me and said, “I don’t know.”

He could not hide his concern and suggested I see his trusted colleague the next day.  Later that day the numbness spread up to my middle, just below my bra line.

Terrified, I  could not sleep that night. I worried I would wake up completely numb or worse, paralyzed. My doctor had no answer for me earlier that day and I was now quite distraught.  Walking was difficult and I developed a foot drop.  I dragged one foot behind me due to the fact I couldn’t really feel it.

I was hospitalized for some testing.  I think I had every kind of test imaginable including a blood test for arsenic poisoning!  Holy cow, was someone trying to poison me?

Doubtful, but the strategy was to start ruling things out in hopes to eventually get an answer.

Walking was a chore and sometimes it felt like I was wearing seven pairs of socks on my feet.

I saw seven different doctors and specialists.  I was poked and prodded like a human pin cushion. At the teaching hospitals, all the students surrounded me like an incredibly rare specimen, or a mystery they were all trying to solve.

“Can you feel this?” they would ask as they poked me.  “No” I replied over and over.

It was a very scary time in my life, knowing that all these highly intelligent medical professionals could not figure out what was wrong with me.  My husband was my rock. He held my hand and reassured me he would take care of me in whatever way necessary.

I finally received a diagnosis after a few months. The MRI showed a plaque on my spinal cord.  We met with the Director of the Multiple Sclerosis Clinic in London, Ontario who confirmed that I had Transverse Myelitis.

What is Transverse Myelitis?

I did not have multiple sclerosis (which means multiple plaques).  He explained it as a sort of “Singular Sclerosis” (one plaque).  My body somehow contracted a virus and then starting to mistakenly attack the myelin around my spinal cord, causing a plaque or swelling.  With the swelling, the signals were not reaching my legs.  It was several months until the swelling went down, and I eventually regained complete feeling back in my legs and mid-section.

I will never forget that time in my life.  I continue to be amazed at the human body and how it functions.  I remember asking the doctor if this would affect my ability to have children and he reassuringly said no.

When I was pregnant for the first time I felt so grateful to have life growing inside of me. Finally my body was working with me, not against me.  I could feel the tiny new life with every kick and movement from within.  What an incredible feeling.  I felt every kick, and every movement.  Is this the same body?  I vowed not to take my health for granted.

How am I doing Now?

My body healed itself of this strange condition and here I am fifteen years later completely symptom free with four beautiful children.  What an amazing body.  What an incredibly beautiful, complex, scary and amazing, life-giving body. 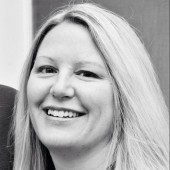 Naomi is a wife and mother to four children ages 1, 7, 10, and 12. Her last little blessing came when she was 41. She is also a registered Early Childhood Educator and Manager of a child care centre. She blogs about her life with children at www.morewithfourblog.com. Her blogs are sometimes funny, sometimes informative, sometimes sentimental, but always honest and real.

Learning to Roll With It