I’m going to try to calm myself down right now. I’m irritated by the latest study I heard about that will just further wedge a divide between moms who work and moms who don’t. A new study by Harvard University claims that children, particularly girls, who have mothers that work will be more likely to work and more successful in their jobs than the children of stay at home moms.

My daughter will not be less successful just because I stay at home.

What about every other element of a child’s upbringing?

My drive does not stem from the fact that my mother worked, but because of HOW she raised me.

The first question I have is: TO WHAT END? What do they want to gain? Are they trying to worsen the Mommy Wars?

It’s hard enough being a mom without people trying to tell you your choices are wrong!

Article titles like “Harvard Business School study gives thumbs up to working mothers,” and “Having a Working Mother Is Good For You:U.S. Women Benefit, Study from New Harvard Business School Gender Initiative Finds,” are now spreading across the internet, but for what purpose? A study by the Pew Research Center states: “41 percent of adults say the increase in working mothers is bad for society, while just 22 percent say it is good,” as reported in a New York Times piece. Why are we even having this debate? And I really despise the insinuation that it is not good for children if there mother does not work.

Why are they studying this question? Because from the articles I have read and the news story I listened to, my suspicions tell me this is fueled by ulterior motives. But I’m not prepared to take on that argument until I’ve done a little more research. But I will.

[Tweet “Say no to the mommy wars! Whether you work or not, how you RAISE your daughter will determine her success! via @katbiggie”]

I’d like to give you a personal anecdote about why I believe that whether or not the mother works has very little to do with the success rate of a child and why I believe it is the overall work ethic and value system of a family, as well as their societal position that plays a much higher role.

My grandmother raised 11 children. Yes, 11. She never worked a day in her life. Well, the woman worked hard. She raised eleven children. On a farm. There was clearly work to be done. But she did not get up and leave the home and drive into a job.

Of her eleven children, seven of them are girls. Of those seven girls – one is a PhD, one is a nurse practitioner, one runs a farming business with her husband, one is a nurse who decided to leave work to raise her six children, one is an accountant, and one was a successful sales executive before deciding to stay home with her children. The four boys went into computer science and accounting.

Hm. Well, maybe it was the father’s influence in this case? Nope. Grandpa was tragically killed in a plane crash when my mom, the oldest of the children, was 17.

But there are a couple other factors. My grandmother has a very high value system, and being raised on a farm, had a high work ethic. Also, because of grandpa’s death while serving in the Air Force, the kids all got to go to College. Hmmm. Could those types of influence had a larger impact than whether or not grandma worked outside the home?

I haven’t read the study, but I’m sure going to see if education level plays any role in the success level.

So, my mom and her siblings all got married and have had children. Because of the age gap, many of my cousins are still in high school and younger, but of the 40 some of us, most are working. Only 3 of us are stay at home moms. And one of those three actually works as a NICU nurse on the weekends, so she doesn’t count.

In keeping with the study – let’s look at the females.

My mom – worked as long as I can remember. Has four daughters. All of us went to college and have had very successful careers. After my second child was born, I decided to stay home with my kids.

My aunt who farms – all three of her daughters work. One is the NICU nurse.

My aunt who was a nurse and then chose to raise her family. Of her two daughters, one is in medical school to be a doctor and the other is in college, but looking to work in physical therapy.

The nurse practitioner’s daughter is a stay at home mom. But not because she’s not driven, motivated, and couldn’t be the CEO of a company if she wanted, but because she was able to stay home with her children.

The others have boys or their daughters are still at home under age 18.

I think there is a TAD bit more to it than whether or not mommy went to work or not. This isn’t the last you’ll be hearing from me on this topic. I’m going to dig deeper into these studies.

So don’t you tell me that my daughter will be less successful because I stay at home.’

As we preach in our book – you have to do what is best for YOU and YOUR family, not because of what a skewed study says.

Join our fight against the mommy wars and #losethecape 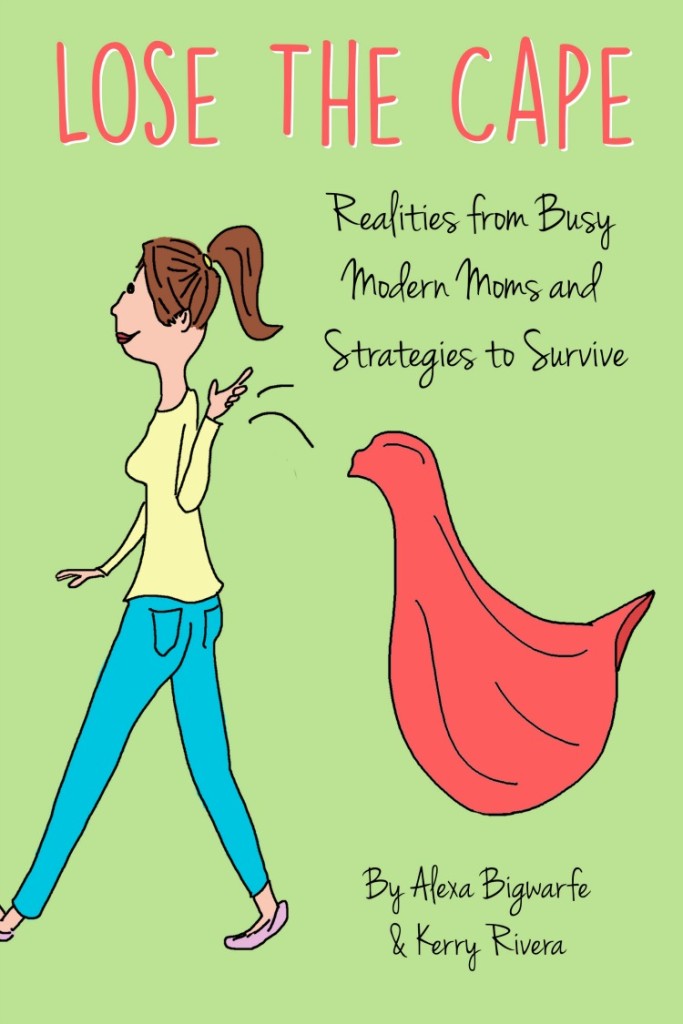