I wanted to potty train with the wisdom and patience of my grandmother, who once told my mom not to worry about PT because kids will always figure it out before kindergarten. I wanted to wait for my child’s cues. I wanted to let him run around naked as Michel Cohen advises so that, after a slip or two in his own urine, he’d figure out what that extra piece of furniture in the bathroom was for.

But after another diaper change on the disgusting floor of a restaurant bathroom, and after kiddo was getting too big for the bathrooms that did have changing tables, my resolve waned. I was done waiting.

So this week I crossed another never-do off my list: I bribed my son to sit on the potty. This wasn’t a couple of M&Ms or the PEZ I have been stockpiling for this very purpose: this was full-on, I-can’t-take-this-anymore, I’ll-give-you-anything-to-stop-peeing-on-my-brand-new-carpets bribery. So much for patience.

My first step down the slippery slope toward bribery was the actually the second potty seat. We already had the cute and decor-complementing Baby Bjorn seat, and I figured I would just buy a second one in another color so that 1) we’d have a potty on each floor of the house and 2) I could say “Do you want to use your orange potty, or your white potty?”

But during the search I saw the Thomas Potty. It does everything I don’t want a potty to do: clashes with the decor, turns a “grown-up” activity into a kid one, rewards with music instead of the simple and lasting pride of accomplishment. Given my guilt over our recent move, I thought a little whimsy for my train-obsessed kiddo would be okay.

I bought a Thomas Minis Advent Calendar and told my son that if he pooped or peed in his potty, he’d get a new “secret engine” (his name for the single-engine mystery packages you can buy at Target and Walmart). He squealed en route to the Thomas potty, where he sat for over an hour. I feared the stack of books next to him might be too distracting. When I popped in to clear them away, he asked if he could “see engines,” his code for swiping through trains on Amazon. Thinking that might be a little too interactive, I searched for videos of the Thomas Minis.

Did you know that there is a busy corner of YouTube devoted to unwrapping toys? My son was absolutely transfixed for the full 23:45 video, occasionally giggling out “What’s it going to be?” before the next engine was opened. [Sidebar: if you must watch unwrapping videos with your child, I recommend leokim’s channel, as he often devotes the unwrapping portions of his videos to interesting issues like Apple’s overseas production and the changing nature of the toy market as it becomes eclipsed by apps.]

I didn’t want him to make a mess of my phone, so for his second try at the potty I grabbed an old phone and pulled up the video again. On the second time through I heard “Uh-oh…” and then “secret engine!” I barely had time to wipe him off before opening Day 1 of the calendar.

To recap: I bought the potty seat I didn’t want and bribed my child to use it with toys, videos, and a hand-me-down iPhone. Parenting for the win. 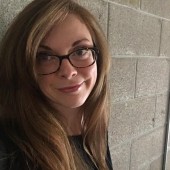 Stephanie Loomis Pappas is a professor turned stay-at-home parent committed to debunking all of the bad parenting advice on the internet. She started snackdinner.com to remind Googling parents that whatever they're doing, they're doing just fine. You can find snackdinner on Facebook and Instagram.

My son pooped on the front yard and blamed it on the neighbor!

The Struggles of the Driven Mom

10 Things I Wish I Knew Before Delivery