The Rise and Fall of a Robot Mom

Picture a bad day, week or even month where you have been completely overwhelmed. At some point, you throw your hands up in the air and decide to bring it back to basics. The focus is on sleep, safety, water, and food. Dinner transforms into a sandwich and crisps. (Top tip – chuck a blanket on the floor in front of the TV and call it a picnic dinner, the kids will love it.) Sleep becomes the number one priority and everything else goes out the window. No social events, no projects, no crafts or tidying up the garage. This is how you live until the thing that was making you so stressed out and overwhelmed improves.

I am sure this sounds familiar and we can all relate. But what do you do if that thing doesn’t get better? You’ve been living in survival mode for so long, you forget what your normal even is anymore. There is no time for relationships, friends stop calling. When you laugh it actually surprises you because you realize you haven’t heard it for such a long time.

For some people, this is reality and survival mode goes on for years. Think about domestic abuse victims or families where a parent is in a health crisis. What gluten-free, sugar-free cookies to whip up for the PTA bake sale is not going to be a top priority for these families. It is these situations where survival mode becomes some else.

For me, I can tell you the exact day it happened. Mine was sudden. It was only years later that I even recognized it and came to refer to it as Robot-Mode.

When I was 22 weeks pregnant with my twins, my partner and I left our 15-month-old son with family and traveled to the city. We were off to see fetal medicine specialists at the children’s hospital. We knew there was a problem with one of the babies, we just didn’t know to what extent. After some scans an ultrasound, we were eventually led into an interview room.

The interview room – well it is a place I will never forget. Picture a crisp, bright white room with two couches facing each other and a coffee table between them. There is nothing else in the room except for a single box of tissues sitting in the middle of the table. The minute I entered the room I knew it was going to be bad and it was. It was here that we learned our daughter’s diagnosis. Back to front anatomy, complex heart defects, surgeries and worse were all discussed.

For a brief moment there was a flood of emotion……and then it was gone. You have all heard the phrase “suck it up” well in an instant I felt myself suck it all up. I sucked up every overwhelming terrifying emotion and buried it. With my emotions out of the way, I had a razor-sharp focus. I was able to take in all medical information, discuss surgical outcomes and make plans.

Weeks later I marched into the hospital and had my cesarean at 36 weeks. I lived at the hospital for many weeks. My newborn baby boy with me and his twin sister shifting between NICU, PICU, HDU and the ward.

Once home it wasn’t any easier. I had three babies under 18mths old. For the next few years, we survived tube feeding, reflux, MRIs, CT Scans and more heart surgery. We also had a mortgage, started a business, worked part-time, volunteered and had another baby. I look back at those years and don’t know how we did it.

Yet here is the thing. I was good at it. I could do it. Because I had switched off my emotions I operated like a robot. Performing all tasks, caring for everybody and feeling nothing. Robot-Me was awesome, she handled everything. As Ariana Grande sings….”that b*tch amazing”! I was able to save all of my energy and focus and put it all into what mattered most – surviving.

I’m sure you can all guess where this is heading. Robot Me started to malfunction. I thought I had turned all my emotions off. I thought I had gotten away with it. In reality, I had developed lightning fast reflexes. I was having feelings of grief, anxiety, and fear, but I buried them so quickly I didn’t even register them. This was a Robot-Me survival mechanism in hyper-drive. I was shoving that hollow tin cavity so full of emotions so fast that eventually, they started to spill out.

It was rage at first, sometimes tears and later panic attacks. I never quite knew what triggered it, these events always seemed random. I also had no control over them. A song on the radio could set me off and I would be sobbing so hard, tears thick with grief and pain. I wouldn’t be able to put it into words either. The emotions were raw and unformed. They had all been brewing down in that hollow tin cavity, deep inside Robot Me for so long they had all merged. I now had a giant fireball of raw emotion churning inside me. The emotions were no longer separated. If I started to feel anything the entire fireball would try and erupt like a volcano. This was so overwhelming that I would have a panic attack if I felt anything trying to surface.

Eventually, I got help. I saw a specialist who works with parents of children who have life-limiting illnesses. It was here I first heard of post-traumatic stress disorder in a context that was not military related. I did my research and learned about complex post-traumatic stress disorder as well. It perfectly outlined my experience and what I had been feeling. Robot Me had been bearing down in the trenches, focused only on survival. It was only after, out of the trench when I started to process what had happened that things started to fall apart. Not that dissimilar to a returning serviceman after all.

If this is something that resonates with you. Or you have been in survival mode for so long you don’t know what normal is anymore. Then I encourage you to get help, speak to someone and advocate for yourself. You may not have PTSD but survival mode should not become your new normal, you deserve better.

Are you parenting a special needs child? We’d love to hear your voice.

Come join Your Mom Squad, our non-judgmental and supportive online space for all kinds of moms. 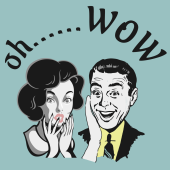 Kylie May is a mom of four gorgeous kids and an advocate for parents under pressure. Kylie has a vision to unite and connect parents who are struggling to meet modern day parenting standards because they are simply dealing with MORE.

5 Tips to Ease the Morning Routine with Kids

A Day in the Life of Raising a Child with Autism

Balance and Parenthood – Not Happening