Spring Break has arrived, Spring is here, and I’m starting to get motivated to make some changes. Sure, I’d like to do a little cleaning. Okay. Maybe a lot of cleaning. But, I’ve got some other changes in mind for my family. They are not all going to be fun, but they are definitely necessary, and I think now is the perfect time to do it.

Here are the four major tasks that I’m going to tackle. Wish me luck.

Our family wastes so much food each day. Apart from the obvious reasons (wasting good food while people are starving,) it’s really upsetting to me because:

A. We really don’t need to be throwing money away

B. My three boys are growing and need nutrition

So, here’s what I’ve decided to do. I will ask the boys (my 3-year-old twins and 6-year-old) what they would like to eat for breakfast, which I think it pretty nice that they get a choice. I’m going to start with smaller portions because I can always make more. If they don’t finish, it’s getting put in the fridge, and as soon as they say, “I’m hungry. Give me something to eat,” which happens about 10 minutes after not finishing breakfast, I will bring it back out. They are not getting anything new until it is gone.

For example, today, they had peanut butter and jelly sandwiches, carrots, and a few chips for lunch. All three boys barely touched anything, and just drank their milk. It was then nap/rest time, and sure enough, as soon as they got up, they demanded food. I brought out the sandwiches and carrots. They were not happy, but I explained that they wouldn’t get anything else until those were gone.

Although it took a good half hour (which is actually a pretty fast meal in our house,) they did finish. They then got to eat the Trader Joe’s Peas (they are salty and puffy, but actually dried peas) they had been wanting.

Every day after the twins go to bed, either me or my husband cleans up trains, cars, Goldfish crackers, Legos, and whatever else is hiding under the couch. It’s then that I realize why my lower back hurts so much. Even though they are only three, I think we’re going to start this clean-up process before we put them to bed.

While I will still sweep or wipe up, they are more than capable of putting their own toys away. Just today, I had all three boys pick up the trains they dumped all over before they could watch a cartoon.

My oldest needs to get better at keeping his room clean. I’ve showed him how to use his clothes hamper, but clothes are always on the ground. He also has a habit of starting some sort of Lego building, then leaving it in the middle of his room. I’ve tried rewards, but that doesn’t seem to motivate him. So, we’re going to have to go the other way. He’s going to start losing privileges like computer games, which leads right into the next item.

My oldest, the 6-year-old, has discovered the wonderful world of Minecraft. I’m not exactly sure what it is or what the appeal is, but it appears to be some sort of building game. There are also weird square shaped people, zombies, and pigs.

I don’t mind him playing it for short stretches of time, but he also loves to watch TV (I think he may have inherited that one from me.) So, if he wants to play on the computer, we’ll have to cut down on the TV.

The twins are actually starting to want to watch more TV like their older brother, so I need to do something before they form bad habits like their mother. Since the weather will be getting nicer, I’m going to get them all outside, and getting them to do…

My twins were preemies, so I always want to work on their development and coordination. I’ve also been working on my own health and fitness, so the more movement for all of us the better.

We took swimming lessons last summer, and I’d like all three boys to take them again this Spring so we can go swimming more this summer. We also have a great swing set we got for free from one of my husband’s real estate clients. There was a lot of fighting for a certain swing last summer, and not a lot of playing. I’m hoping a year  has made a difference, but if not, we’ll be practicing our sharing in preparation for preschool.

None of the boys can ride a bike yet. Last year, the twins were too short to reach the peddles, even though they really wanted to ride. My oldest, on the other hand, doesn’t like to ride a bike. He flips it over and spins the wheels.

While it’s cool that he wants to see how things work, and has a really great imagination, I want to get him moving and active. We’re going to flip that bike and get him on it this Spring. Family bike rides this summer here we come!

Even if we don’t accomplish all four of these tasks, I’m sure going to take my best shot. With the extra hour of daylight, the fresh air, and sunshine, Spring is just the motivation I need.

What changes are you making this Spring? 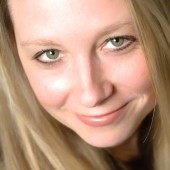 Shann is a mom to three messy, active, and wonderful boys. She left her career in management and recruiting to stay home with them full-time. She found her love for writing when her twins were born. They were born at just 25 weeks, 5 days, so she updated friends and family with an Online journal. Finding it therapeutic, as well as helpful to other parents going through similar situations, Shann launched her blog Shann Eva's Blog (www.shanneva.com) almost a year ago. Not only does Shann share information and support about Premature Birth and Twin to Twin Transfusion Syndrome (the cause of her twins' early birth,) but she also shares parenting advice, tips on saving money, living a healthy lifestyle, and staying sane with three boys. In addition to writing, she loves to dance, and you can find her in the Ballet studio at least once a week.

A Mom’s Dream: Keeping Your Home Stylish and Child Friendly All At Once

Kids and Chores: Time for the Boys to Clean the Bathroom