We were so, so excited to have Kelly Pollack and Philosophy Walker of Two Broads Talking Politics on the show! Nancy had to fly solo on this one without Alexa, who was laid up after surgery, but she was there in spirit!

In this episode, we talked about:

Born on the 4th of July, Kelly Pollack has always been a firecracker, leading a revolution of girls sitting at the boys’ lunch table in 2nd grade and founding Young Independents in high school. Since earning her Masters, Kelly has spent the past 15 years as a university administrator. Kelly is the co-host of the Two Broads Talking Politics Podcast and the Director of Content for DemCast. She lives in Chicago with her husband & two sons.

Sophy Walker lives in Madison, WI, with her husband, their three-year-old son, and their two beloved cats. After graduating with an MA from the Divinity School at the University of Chicago, she went on to become a technical writer at a large healthcare software company and the co-host of the Two Broads Talking Politics Podcast. She enjoys cold weather, Biblical exegesis, carbohydrates, and explaining to people why they’re wrong.

Want to learn more about getting involved and making a difference?

Check out our book, Mom’s Guide to Becoming Socially and Politically Engaged. 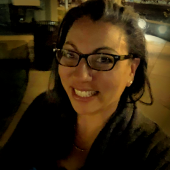 Embracing Your Story to Help Others Heal